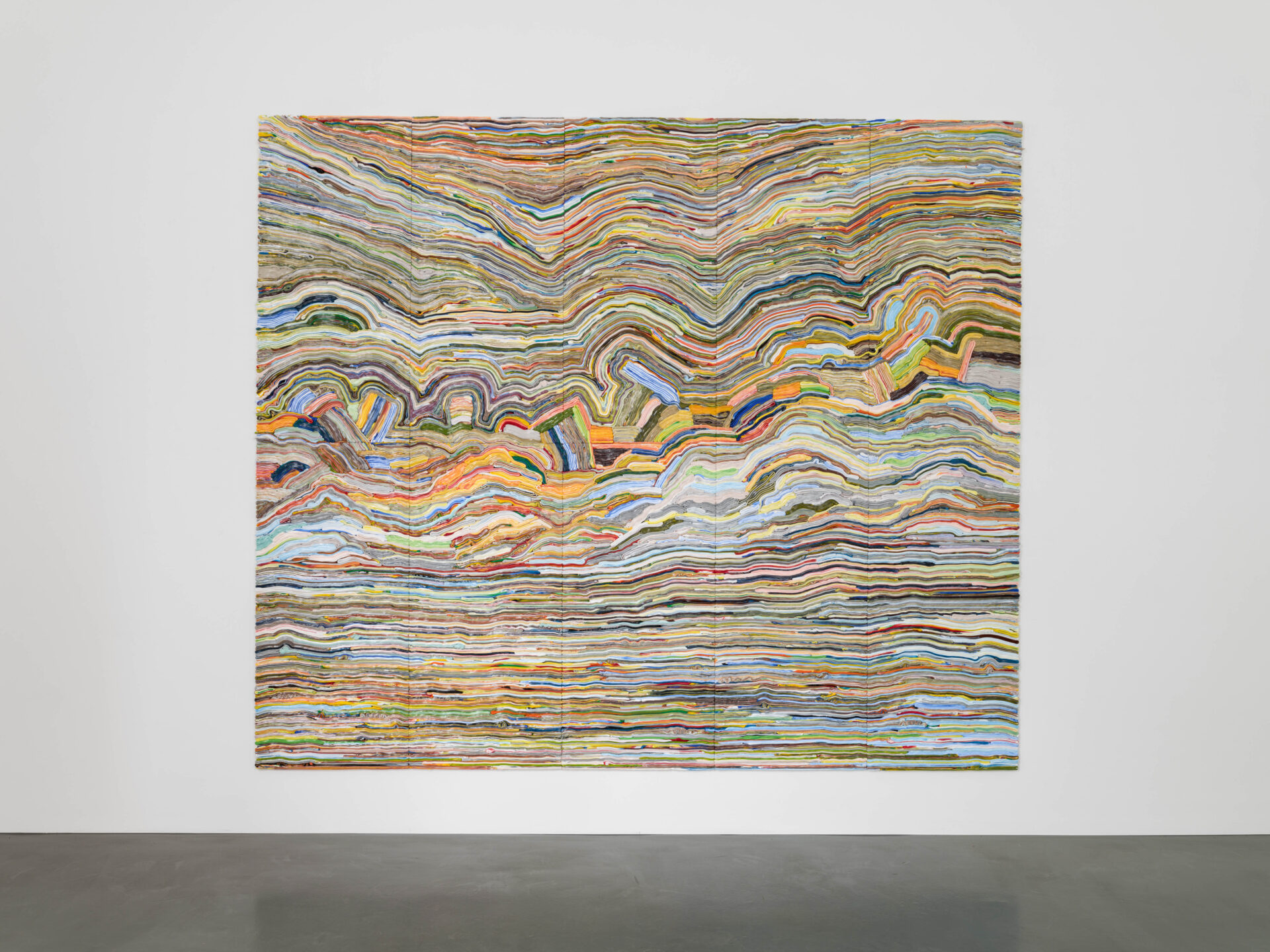 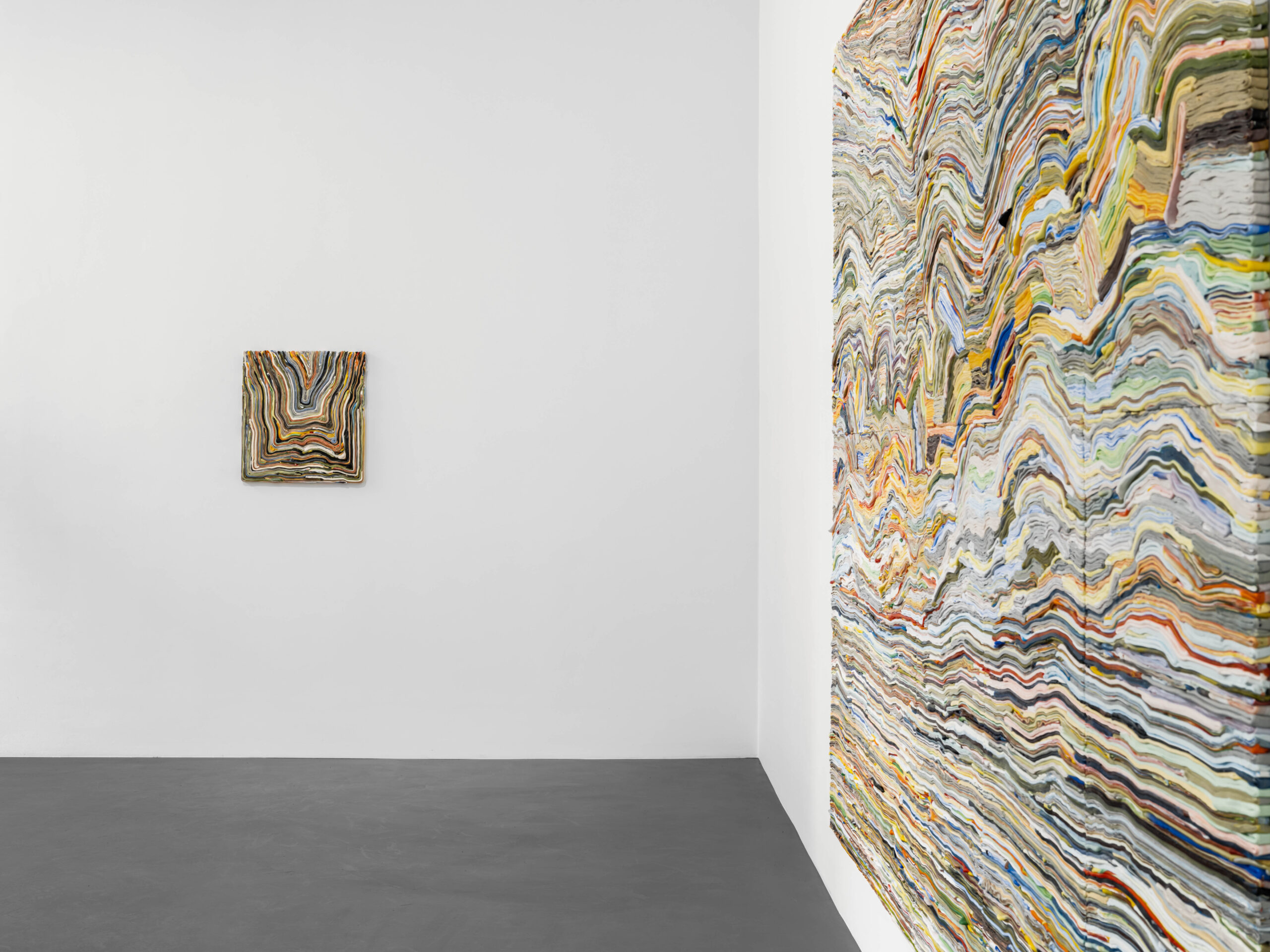 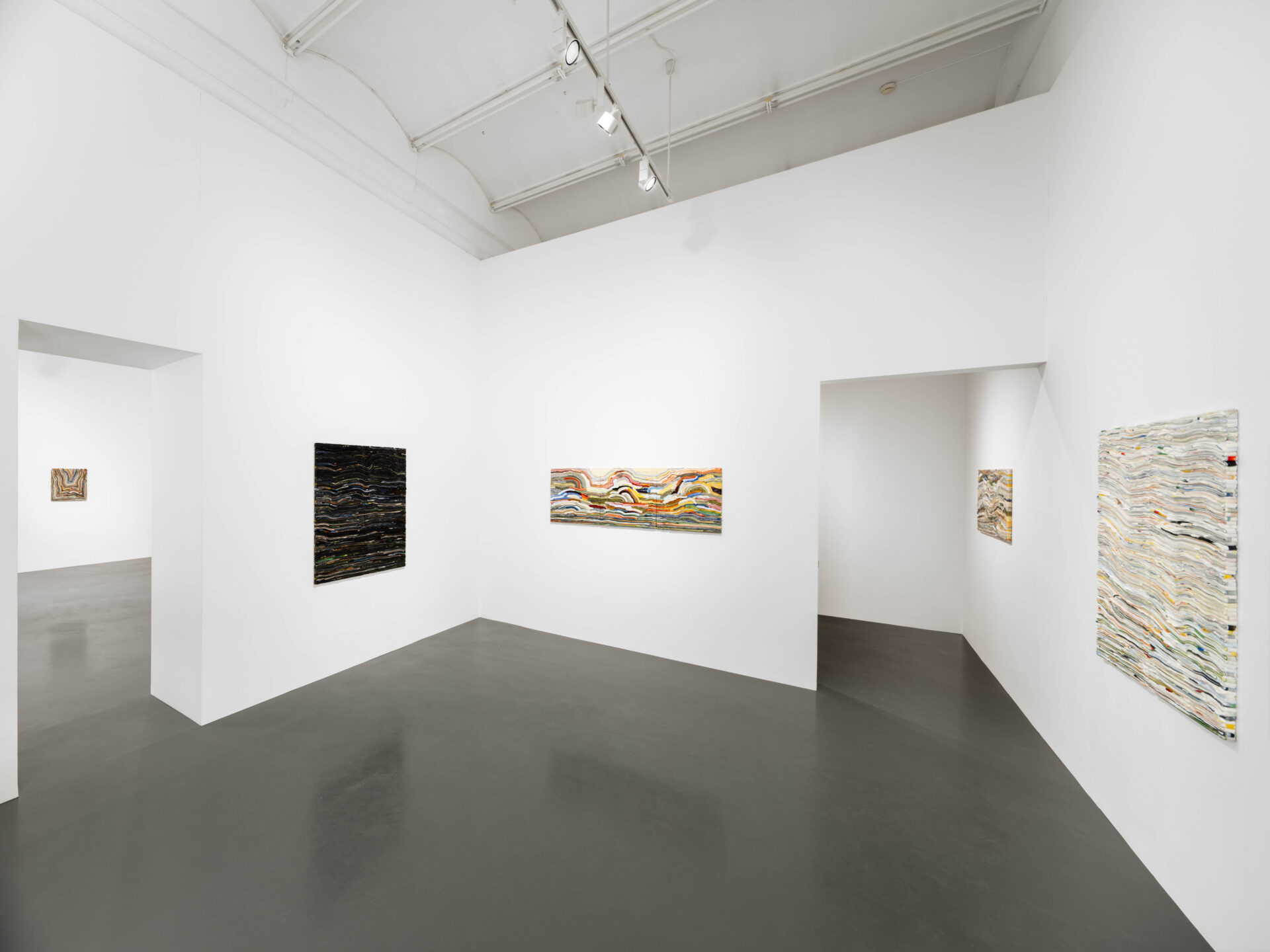 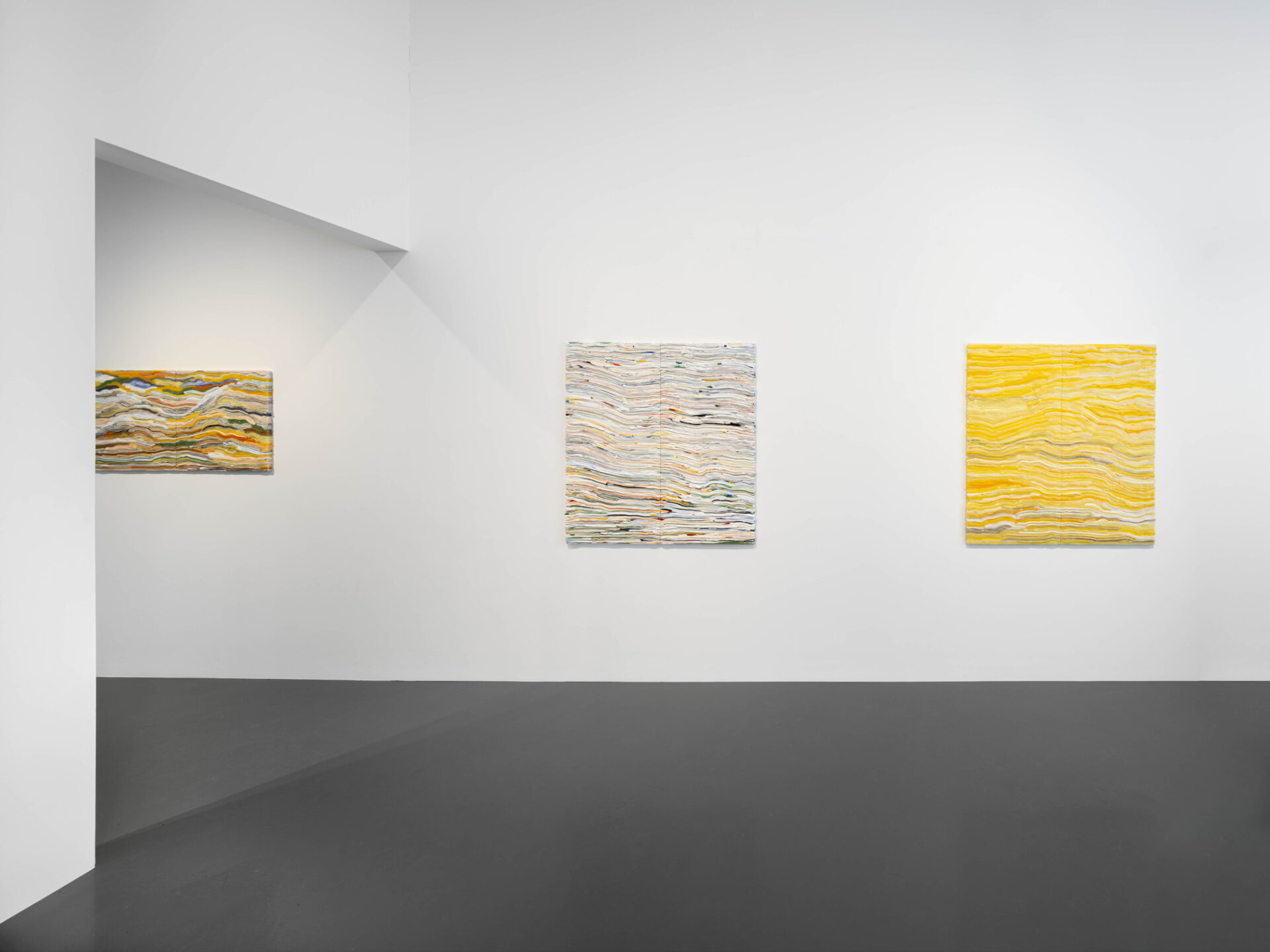 Some artistic practices are characterised by such a radical and discreet rethinking that it is unnoticeable to us if we don’t allow the works to show usto see them. Matthias van Arkel’s pieces seemingly consist of colourful balloons that have been pressed together, often shiny like a boiled sweet.Works designed like temptations – we initially resist them purely out of self-control. They appear blatantly flirtatious, but our reaction is proof of therethinking: “Subdued colours are more flattering. A grey painting is always beautiful.” Don’t give people what they want, but what they need: loadsof colour, surfaces with a tactile quality that you want to touch, and which the eyes perceive to be both heavy and slippery, durable yet delicately handmade.

There is beauty in immediate simplicity that nonetheless entails a provocation. Like the iconoclastic Dada works sought to disrupt the
aesthetically trained eye, to penetrate to a naiver and more vibrant person who did not cower behind conventions, van Arkel aims at a sincerity. Thisis one step in the two-step re-education process: first, create a milieu that retunes the eye, which can then be utilised by the person in the know (who,thus, returns). Thereby, a larger part of our art knowledge is activated than is usually the case at an exhibition.

Once the initial provocation has faded, we notice that his work, or actually each individual work, entails a milieu. When I study a painting
where the shape reminds me of a window, I find that I get a distinct sense of how big the room around the window is – thus, the painting influencesme from all directions at once, in the same way that a milieu would. This is probably why he has mounted his works with every conceivable variation,using all dimensions. He has attached paintings to the ceiling, lain them on the floor, hung them over a rod. My knowing that he has made cubicpaintings that can stand on the floor makes me aware of my own heel when I look – a spatial and tactile certainty that the cube is soft and that itwouldn’t be damaged if I happened to kick it. It all feels cosy, but in an entirely singular manner. His works appear to have an intimate relationshipwith buildings, but as dwelling rather than as architecture. The crucial element in this description is that eholding the work has transformed into away of being in a milieu, where we are not primarily looking at art but being with it, like a potted plant, a cat or a piece of furniture. It is pleasant, buta unique, new kind of leasantness that has nothing to do with convenience, comfort or wish-fulfilment. I would never have thought of wishing for thethings that are fulfilled by these works.

It is this milieu that tunes our sensibility; we see with new eyes. The homogeneity in the milieu is reproduced (or more accurately: anticipated)by the “evenness” of the individual paintings: each part of the image is equally important, and visual elements rarely stand out or dominate.Everything is simultaneous on the surface. As in a milieu the “centre” is everywhere. Our new eyes now note that the paintings feel figurative eventhough they look abstract. Landscapes, of course, but also more specific scenes – as in some of the shapes in Anna, that give the impression ofplaying or drowning. The images are redolent with a figurative fantasy. This probably comes down to the method. When the silicon tongues areapplied in layers, they sometimes fold or go bumpy in the rolling process. These deviations transmit to the next layer, suggesting a possible motion thatcan be enhanced or evened out by the thickness chosen for the next tongue, softened or highlighted by the choice of colour. What the abstractionholds is a figurative tendency sufficient to suggest images.

And now, further spatial relationships are revealed to us. The imagined “picture” can either lie between me and the painting or reach me like
a projection through it. This probably depends on how van Arkel has processed the transparency and opacity of the material. Its translucencecaptures and conveys light excellently. That does not mean that we can see through the painting, or that it forms a bright screen, through which wecan sense something on the “outside”, a vision. With increased opacity, the material grows more mute, even psychologically. It is as though our gazefalls down on this side of the work. Now, we perceive the surface more as an object, we think more about its author, what he was up to when hemade the work, and what it expresses. The real may lie on either side of the work, but in any case, it can be seen only from the point of view of a vanArkelian milieu.